Bitch & Slut was drawn in leafy Surrey, England in 1986 by a schoolboy, Toby Taylor. He was only 14 years old at the time.

Then, Toby was at comprehensive school and suffering constant and sustained bullying for being gay, his parents were going through a very reckless and violent divorce, and his father, a Customs & Excise Officer, descended into alcoholism. Toby was suffering from depression and was constantly considering suicide. Not good. 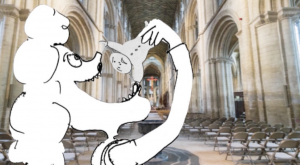 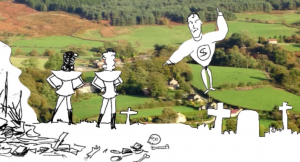 In that time, there was no help or system of support Toby could access. The troubled juvenile locked himself in his bedroom and disappeared into his own imagination where he conjured up Bitch & Slut. His angry mind was fed by a diet of science fiction films & TV of the era and banned, blood-thirsty Video Nasties that his father had confiscated through his line of work and brought home.

In a bizarre twist, Toby’s Bitch & Slut comic was circulated amongst the kids at school. They adored its outrageous, rude and rebellious nature. Toby’s popularity turned and he finally became apprecated by his young peers. 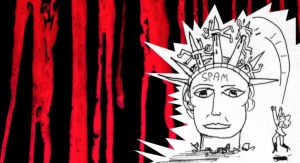 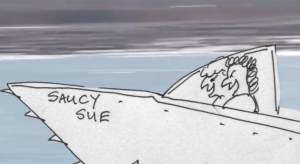 It was the only positive thing to come out of his last year of education. But Toby soon forgot about Bitch & Slut, went into a career in the Civil Service and settled down into a very average life. He was finally happy with his childhood demons and his shocking comic forgotten in the past.

Recently, Toby, now in his late 40’s, stumbled across the dusty old illustrations while clearing out old childhood junk. At first he was very alarmed at its extreme violence, perverse nature and disturbing content. The grown man reflected on his state of mind at the time back in 1986. 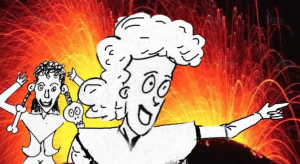 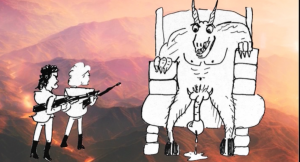 Was his unsettled adolescence and exposue to violent homophobia the root of his ultra offensive artistic outpouring? Was the combination of watching Video Nasties a contributing factor – as was the issue of the day? Or does every mind have the ability to conjure up terrible, alarming fantasies as a way of coping with anger and stress?

Adding to the debate: has cartoon violence & crudeness just always been part of popular culture? From anarchic Tom & Jerry through to offensive Viz Comics of the 1980’s and in the last decade, the shocking likes of South Park. Can content creators get away with more in cartoons than in the movies? And just how far can they go when pushing the boundaries and crossing red lines? 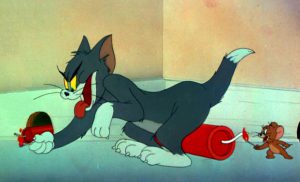 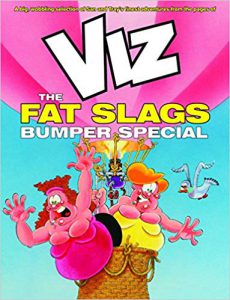 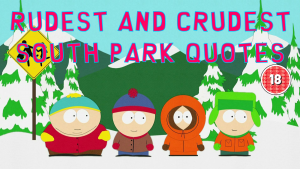 Now, Toby’s comic has found its way into being adapted as a short animation touring and film festival that will dare show it. In parallel, a series is underway with the promise of a much broader adventure in both inner and outer space along with some poignant nods to the current troubles of our age.

Bitch & Slut, the pilot, has been realised using Toby’s hand-drawn, black & white figures as basic foreground animation but colour background & visual FX. It is presented with a nostalgic, juvenile look and incorporating some provocative modern backdrops and supporting images in a stylistic visual mash-up. 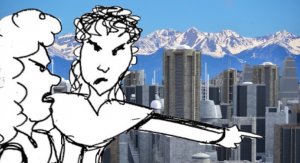 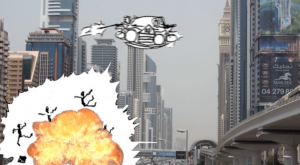 Beyond just being a joyously bad mannered romp  – Bitch & Slut comes from topical roots. It could certainly be capable of fanning the debate over on-screen violence, its popularity and supposed social-side effects. It is a nod to the post Mary Whitehouse & Video Nasty century where now, anything, however disturbing, graphic and violent, can easily be found on-line. 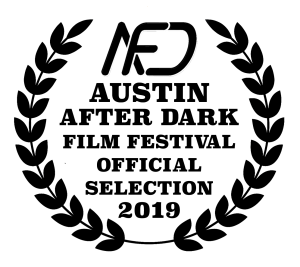